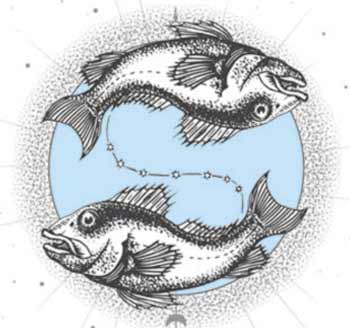 Mondey, Pisces' ego might be put to the test as your horoscope warns against the possibility of heated discussions. Your toes might be especially long mondey, forcing you to see offence everywhere. So if you don't want to spend all day arguing, do your best to avoid confrontation and don't try to have the last word, however important the issue.

Tuesday Pisces may indulge in various theories. These, however, are unlikely to come to fruition. Your horoscope warns you of the possibility of spending the entire day reflecting on the right order of doing things: reflections just as fine as they are pointless, seeing as tuesday's stars leave little chance to bring any of your ideas into practice.

Wednesday, Pisces might feel the need for certainty and unambiguity. Anything vague will drive you up the wall as you'll experience the urge to set every business matter straight. Shame it's not always possible. Besides, sometimes understatements speak louder than any words.

Thursday, Pisces might find themselves in turmoil over certain events or new encounters. According to their horoscope, they're not immune to a sudden but all-consuming passion. Whatever storms rage in your heart, you shouldn't jump to conclusions: in another couple of days, the circumstances may change. Then again, they might not.

Friday's horoscope fills Pisces with gallons of positive energy. Their creativity will soar while their thoughts and feelings will find their natural balance. You might not even have time to get bored: friday's decisions will be marked by wise deliberateness. Friday you might be able to convincingly rationalize any idea, be it an unusual purchase or a long-due pay raise.

Saturday, Pisces might experience constant mood swings. Cheerful one moment, your outlook might be clouded over the next - only to let the sun shine through the clouds two minutes later. In other words, saturday's horoscope suggests you don't take your emotions too seriously. And if you have anything important scheduled for saturday, better leave it till another day when your mood is less fickle - or delegate it to your less emotional associates.

Sunday's horoscope might boost Pisces' enthusiasm for the most unexpected things. These bouts of interest might come and go repeatedly during the course of the day, taking you by storm. So many of them in fact that you might end up totally confused about what exactly you'd like to do or where you'd rather go. It's definitely not a good time to count on emotional stability! Yes, just one of those days - granting Pisces a healthy dose of inconsistency.