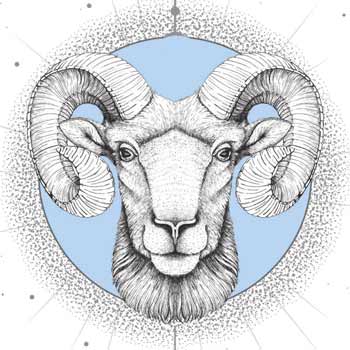 Mondey, Aries' tongue might be their worst enemy. You shouldn't really speak your mind to everyone in sight. Even if you don't mean to offend anyone, mondey of all days your horoscope warns you against wounding other people's sensibilities. Telling it as it is is a good thing, but thinking before you speak never hurts, either.

Tuesday, Aries risk indulging in acute self-loathing sessions. Your thoughts might go round in circles, every time returning to the same upsetting verdict: 'I should have done it differently' and 'it's all my own fault'. Try not to give in to this self-punishment: just learn your lesson and move on.

Wednesday, Aries will not suffer any disturbance to their actions or plans. Any pressure or contrariness might strike such a shower of sparks you could end up calling the fire brigade! The day's horoscope definitely doesn't favor team work, so you'll be better off doing your own thing.

Thursday's horoscope advises Aries not to work themselves up: the others might do it for you quite nicely. Aries might spend the whole day under the impression that the world is out to get them. That is so not true. The others have plenty on their own plate, so they'll only bug you occasionally.

Friday Aries might get the chance to see that life isn't a puppet show and that those around them aren't going to enjoy bit parts in somebody else's play. If your desire to control and manipulate everyone doesn't go before midday, you'd be better off venting it in a computer game. Your horoscope won't offer you much chance to do so in real life.

Saturday, Aries' weaknesses might become their strength. And what strength! You might literally browbeat everyone around you into submission by manipulating those weak spots of yours. Your ability to get your way against all odds will soar. Saturday's horoscope might make Aries believe there's nothing unusual in their natural tendency to exploit the feelings of others. Proceed with care: make sure you don't turn into a domestic tyrant.

Sunday Aries risk going on the warpath. No, you're not going to declare war on anyone. Why should you, when attacking an unsuspecting enemy is so much fun! Your horoscope warns you against several such bouts of militant spirit within the course of the day. With an attitude like this, little wonder the day might bring nothing but arguments and conflicts.